Make all your food happy with Habby Fruit!

You don’t know hot sauce until you know Habby Fruit. This is wicked good! I discovered it a few months back and now I give it to friends and family on holidays and birthdays.

Ok, so everyone in my office was talking about this Habby Fruit and I thought it was just another sauce until I tried it. Now I understand what all the fuss was about. This is amazing stuff and I don’t ever write reviews for products but I had to give a huge shout out to Habby Fruit!

Holy Smokes this stuff is DA-BOMB! Four words: Habby-Fruit on wings. You are welcome.

Who would possibly believe fruit and habanero peppers could create such a flavorful experience? Your mouth gets the best of sweet and spicy combined. I use Habby Fruit on pork, beef, chicken and fish dinners.

My son won’t eat breakfast unless he has Habby Fruit on his oatmeal. It is a staple in our refrigerator now. Will you come out with other flavors any time soon?

Habby Fruit is Habby-licious! There is nothing like it on the market! I was not a fan of hot sauce until I discovered Habby Fruit Blackberry. I’ve tried the other flavors and each is better then the last.

Can I give this more then a 5 STAR rating, please?! We put Habby Fruit on everything! My son loves Habby Fruit Raspberry and Blackberry flavors on his ice cream. Last night I tried putting Apricot on Tilapia and it was a smash hit with the whole family. Thank you, Habby Fruit!

Fantastic combination of fruits and heat. Neither are overpowering, just right! We have used all Habby Fruit hot sauce flavors in everything from nachos to tacos to yogurt; yes yogurt. Great addition to your recipes.

I was never a fan of habanero sauces….until I tried Habby Fruit!! Habby Fruit is the perfect complement to my grilled chicken salad and sandwiches!

Habby Fruit is the key to waking up in the morning! I sprinkle some Blackberry Habanero on top of my eggs and toast for a spicy start to my day!

I bought the Blackberry hot sauce, it’s delicious! I plan to put it on everything else. Highly Recommended!

These hot sauces are fantastic! Great fruit based flavors, not just heat…so many uses!

All of their sauces have some heat, but the fruits balance everything out beautifully. Check out these hot sauces!

The Habby Fruit hot sauce is so flavorful!!! Came home from the Hamburg-er Festival and cracked it open!! In beginning, sweet & tangy…then a smokey finish with the perfect amount of heat…This is not your ordinary hot sauce. Wow, can’t wait to grill!! Thank you for such an awesome product!!

Love this sauce. I use it on breakfast style foods like pancakes and waffles. It’s amazing.

Habby Fruit hot Sauce is made from high quality ingredients….so delicious! You have to try some to believe it! They made me a believer. YUM!!!

Perfect Combination of sweet and spicy! It made my wigs 10,000 times better!

The Apple Garlic is the bomb, highly-highly recommended. Perfect balance between sweet and spicy

I could drink the Raspberry and the consequences would be entirely worth it. The Apple Garlic Diablo makes a way-back impossible burger quite possible and quite delicious.

I had the pleasure of trying all the varieties at the Bowers Hot Pepper Festival, and Habby Fruit hot saucers were really a stand out product among all the hot sauces there. I was looking for something with a good amount of heat without sacrificing flavor and this was it. It was hard to choose but I walked away with the Caribbean Peach and the Apricot that has a great smoke flavor. 2 very different sauces perfect for a variety of dishes. Great work!

The most delicious hot sauces I have had in quite some time! The Blackberry is so good you could drink it! And the Caribbean Peach is heavenly like you are transported to the Caribbean. So good!

I tried Habby Fruit sauces at the Clam Jam Fest and the flavor is absolutely insane. The amount of spice is perfect! Perfect match with Steamed Clams!!

OMG! Such great flavor, with just the right amount of heat. I/m not into hot sauces that are just there to be hot. These sauces have so much flavor! So Good!

Met these guys at Riverfest Festival, all the sauces were amazing! Both gentleman were extremely knowledgeable! My favorite was the Apple Garlic, the kids loved the Raspberry, & my girlfriend loved the Blackberry & she’s not even a fan of hot sauce! So definitely check Habby Fruit out, they have something for everyone in the family!

Great sauces with a variety of flavors for every palette. Got the sweet and mellow Raspberry hot sauce and the fiery Apple Garlic Diablo. Great flavors and very well balanced with heat that slowly builds.

Habby Fruit Hot Sauce is SO GOOD! It’s sweet, tangy, and has the kick to keep you wanting more. I used the Caribbean Peach with Fried Chicken, Apricot sauce with eggs, and the Apple Garlic sauce with breaded pork. I definitely recommend buying some to be creative with your cooking! 5/5 stars!! 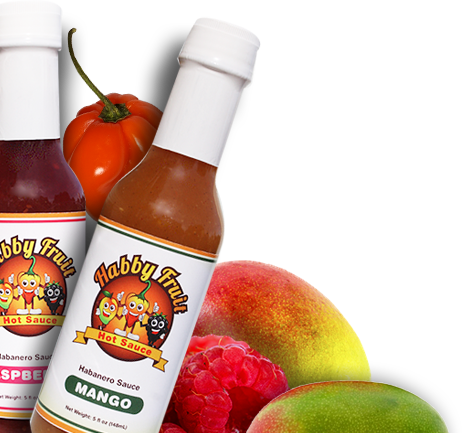 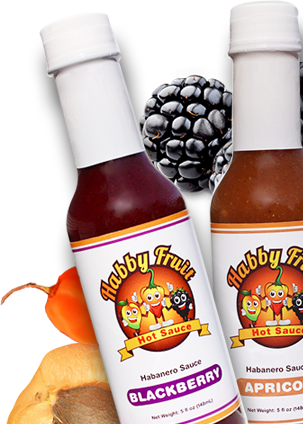